Jupiter is the largest gas planet in the Solar System, with a mass two-and-a-half times that of all the other planets in the Solar System combined and a diameter ten times that of Earth. Building on their years of research experience in planetary physics and planetary magneto-fluid mechanics, Chair Prof. Zhang Keke Director of the State Key Laboratory in Lunar and Planetary Science, Macau University of Science and Technology, developed along with his collaborators Jupiter atmospheric circulation models and inverted methods, combined with NASA’s latest measurements of Jupiter’s gravity field by the Juno spacecraft, and proposed two possible forms of Jupiter’s cloud-level zonal winds. The research findings have been published in the latest issue of the Proceedings of the National Academy of Sciences of the United States of America (PNAS) (Kong and Zhang et al. 2018, PNAS, doi: 10.1073/pnas.1805927115). The PNAS is recognized as one of the world’s four greatest journals along with Cell, Nature and Science; it has been publishing high-standard frontier research reports and academic reviews since founded in 1914. The paper interprets and corrects relevant points of views and methods of other scientists, providing a reasonable scientific explanation for the mystery of the fast zonal winds at Jupiter’s surface, as well as key binding conditions on internal physics and mechanics of the planet.

In the view of this latest M.U.S.T. research, scientists now know that even with the measurements of Jupiter’s gravitational field by the Juno spacecraft, Jupiter’s zonal winds structures and its internal physics status remain significantly uncertain. The research also clearly disproves the conclusions other scientists drew and published in Nature last March, on the reliability and scientific inadequacy of Juno observation results, and solves the problem that there exist obvious mathematical and physics defects in the modeling inverse results of scientists on Jupiter’s zonal winds. In China’s Jupiter probe project, skillful combination of probe orbit design by high-precision gravitational field measurements with perfect internal physics and chemical modeling inverse will significantly improve mankind’s understandings of the internal structures and winds dynamics of Jupiter, while the research team of the M.U.S.T. State Key Laboratory in Lunar and Planetary Science will play significant roles in China’s future scientific explorations of Jupiter spacecraft. 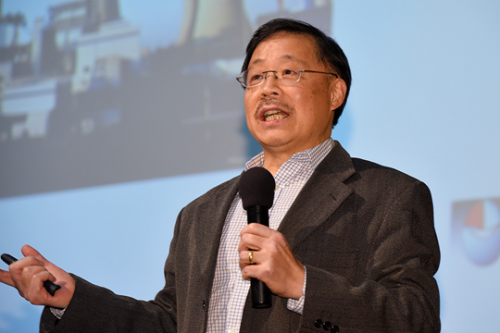