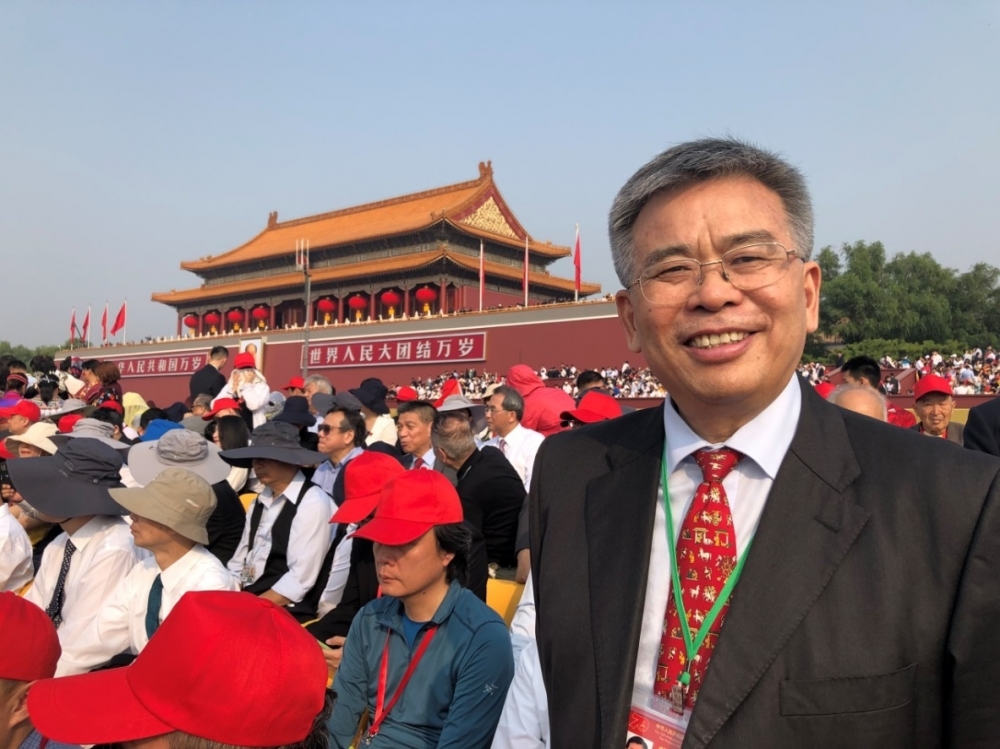 President Liu said he felt greatly honored and extremely excited to be able to attend the 70th Anniversary National Day Celebration; as a Chinese, he felt profoundly proud for the motherland’s growing power and prosperity. The great achievements made by the motherland over the past 70 years have contributed to a chapter worth marking not only in the history of the Chinese nation but also in the history of the world development. At this moment that concludes a passing era and ushers in a brand new time, for him to be awarded the commemorative medal, it’s been extremely empowering and humbling. Macao and the motherland cannot be separated, not even for a second; M.U.S.T. is ready to fully seize the historical opportunities made available by the unique strengths of the “One Country Two Systems” principle in Macao and the positioning of Macao as a center city in the Guangdong-Hong Kong-Macao Greater Bay Area national development strategy, make exponential efforts to develop high-quality higher education and innovative science and technology, cultivate more outstanding patriotic talents who love China and Macao, help foster diversity and sustainability for Macao economy, and contribute forces to the implementation of the Belt & Road initiative. 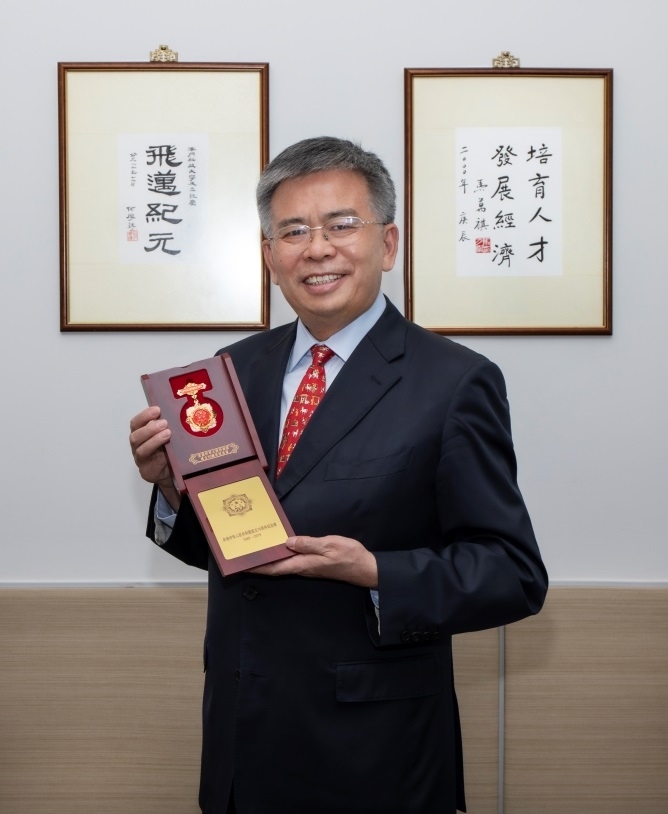 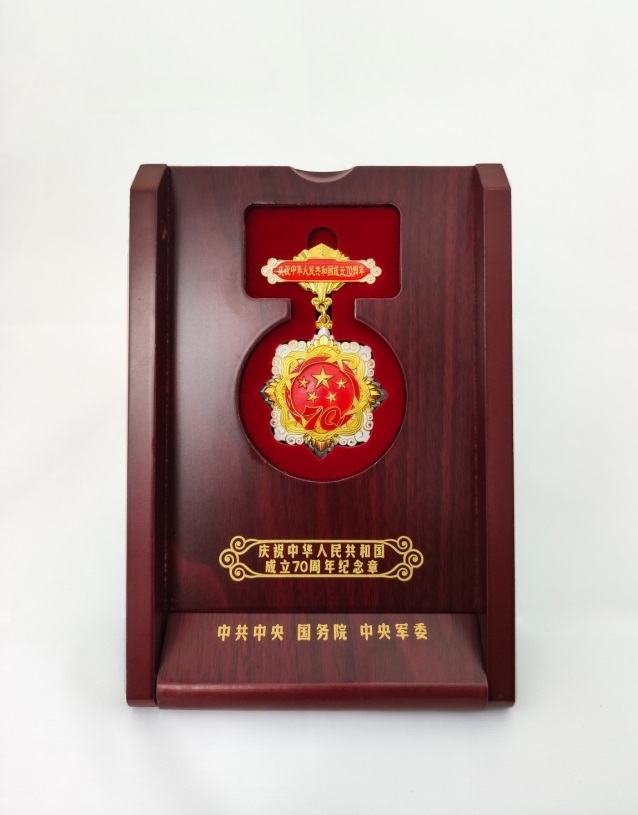 Issuing medals in commemoration of the 70th anniversary of the founding of the People’s Republic of China has been an important part of a series of celebration activities marking the 70th anniversary of the founding of the PRC. The ornate red and gold commemorative medals feature five stars as the core, representing the medal being a national honor; the “70” ribbon signifies the course of the 70 years’ hard work of the PRC; the brocade knot embodies unity of all the Chinese nations and vision of establishing a community with a shared future for mankind; the motifs of cloud and light surrounding the outer ring of the medal itself signify people’s celebration of the national prosperity and glorious achievements, wishes for national rejuvenation and a beautiful life, and determinations to not forget the history, and to not relent efforts in furthering the successes and hard work of the predecessors over the past 70 years.