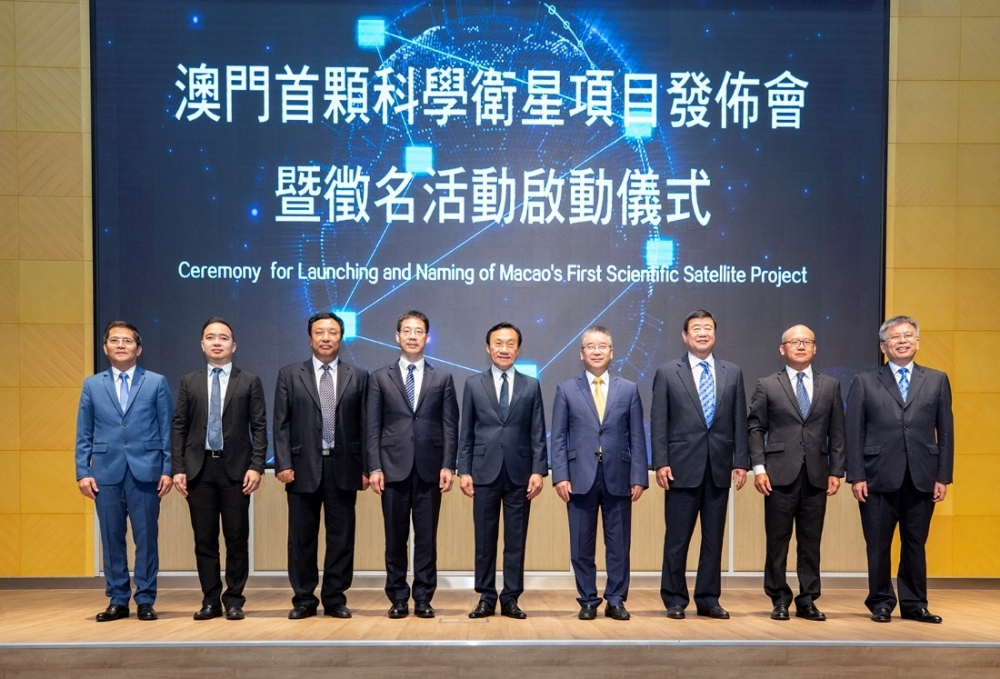 The Ceremony for Launching and Naming of Macao’s First Scientific Satellite Project was held at Conference Room N101 in the Library Building of Macau University of Science and Technology on October 9th, 2019. The project is jointly organized by the

Macao Special Administrative Region Government, the Liaison Office of the Central People’s Government in the Macao S.A.R., and China National Space Administration, co-organized by the State Key Laboratory of Lunar and Planetary Sciences, Macau University of Science and Technology, and supported by Macao Foundation and China Space Foundation. The satellite is expected to be launched in 2020/2021; for the purpose of enabling the general public to share the delight of Macao’s scientific development, and helping raise the communities’ awareness of Macao’s scientific endeavors, the project team cordially invites the Macao public to submit names for Macao’s first scientific satellite.

Macao’s First Scientific Satellite will become the world’s first and only scientific exploration satellite so far to be placed in a near-equatorial orbit to monitor the geomagnetic field and space environment of the near-equator South Atlantic Anomaly (SAA). The core objective of the satellite project lies in the SAA Geomagnetic Exploration and the Earth's deep interior and geodynamo research. Equipped with advanced high-accuracy magnetic field and high-energy particle detecting loads, the satellite is able to provide high-accuracy, high-resolution, and long-time vector magnetic data and high-energy particles data of the SAA space, and is expected to yield world-leading research outcomes and tremendous social benefits in basic and applied research areas such as thermoremanent magnetization of geological rocks, geodynamo, nuclear magnetic fluid dynamics, geomagnetic reversal, geological core-mantle interactions, geomagnetic evolution data integration forecast, and spacecraft space operation safety. 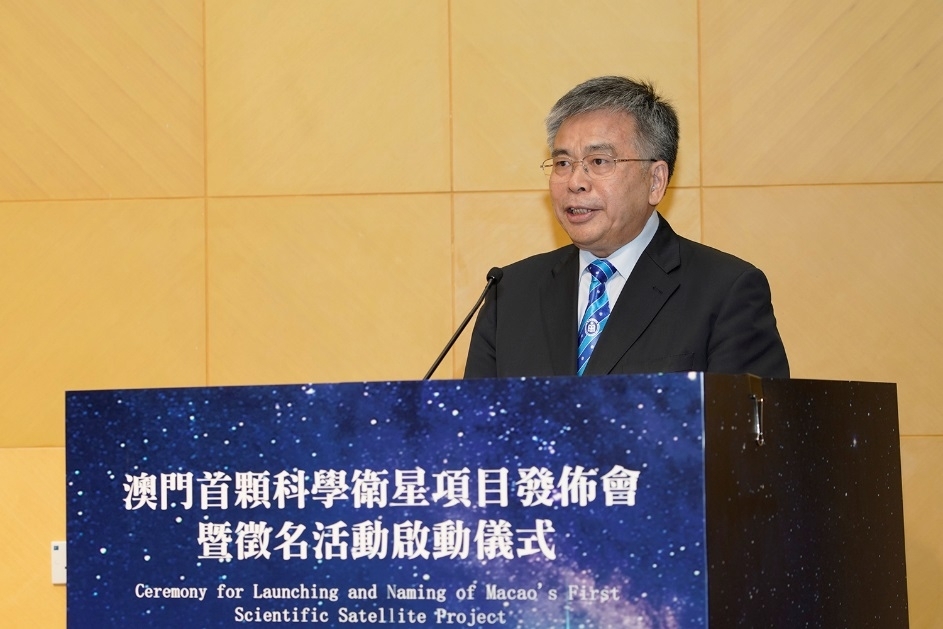 President Liu Liang introduced that over the past year, the M.U.S.T. management has placed great emphasis in the development of the project, invested tremendous time and efforts to mobilize its scientists team and administrative team to move forward the initial work of the project, which includes project application, organization of assessment, and review of project plans, and brought together scientists and teams from home and abroad to overcome major scientific problems. Moving forward, the project will continue to unfold a series of interconnected scientific studies, which includes to have the manufacturing and testing work of the satellite completed by the end of 2019, and to have the satellite launched to the space in 2020. Afterwards, a series of analysis research will be conducted centering on the data provided by the satellite. In the meantime, the project team will utilize the scientific platform to help undertake and promote a series of science education programs for the Macao youths. For example, when the project’s earth surface mission center is completed, it will invite students of all levels, including universities, secondary schools and primary schools in Macao, to visit the center, introducing to the students the scientific principles, objectives and significances of the satellite. The scientists of the project team will also join the students in their campuses to provide talks, trainings, and observation tutorials of various types for the Macao youths. In addition, there will also be cross-regional science experience camps, travelling studies, and other activities. 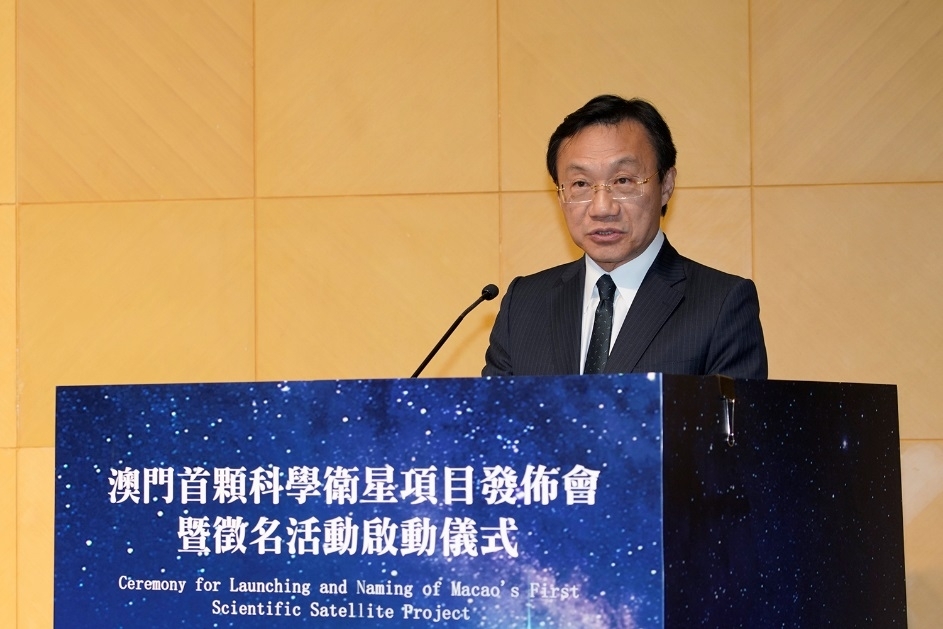 Representing the Macao S.A.R. Government, Secretary Tam Chon Weng expressed gratitude to the Central Government and the China National Space Administration for their relentless support to Macao, and expressed congratulations to the State Key Laboratory of Lunar and Planetary Sciences, Macau University of Science and Technology, on having landed Macao’s First Scientific Satellite Project. The Secretary says, “At this joyful moment in celebration of the 70th anniversary of the founding of the People’s Republic of China and the 20th anniversary of Macao’s return to the motherland, our motherland has sent Macao a big gift, a satellite that belongs to Macao; this grand gesture represents not only a great affirmation for the glorious achievements of One Country Two Systems in Macao, but also the nation’s expectations and best wishes for Macao to seek new science and technology endeavors in the future. I believe that for every Macao citizen, this gives us tremendous honor and delight.” He also remarked that the project would also make available new opportunities for Macao’s science and technology endeavors, and believed that the yet-to-be-made research outcomes afforded by the project will play a facilitating role and yield positive social benefits not only for Macao but also for science and technology development in China and in the world. The S.A.R. Government will give full support to the project and supervise the implementation of the project, and expects it to make new contributions for the Greater Bay Area and for the national development. 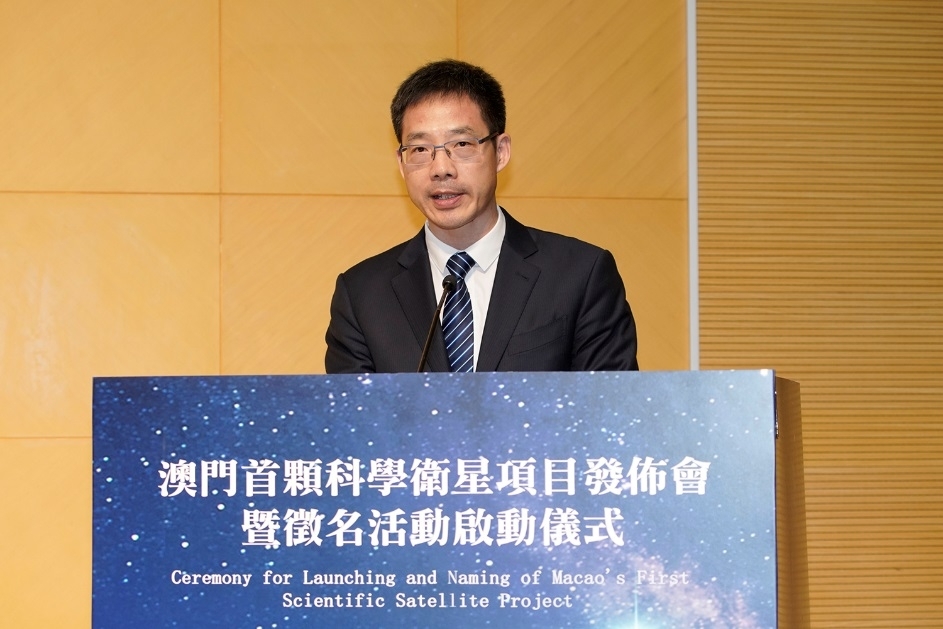 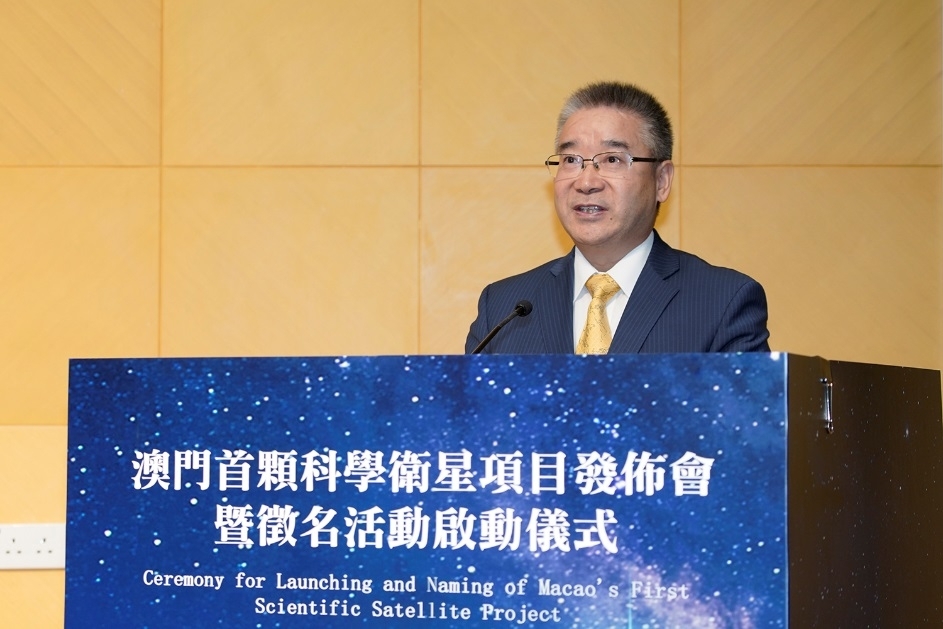 Vice Director Tian Yulong said in his speech that Macao’s First Scientific Satellite is another successful exemplification of the strengths of the One Country Two Systems principle in Macao. The development of the satellite will fully exert the advantages and characteristics of the Macao science and technology community in basic research, scientific innovation, technological transfer, and systems and mechanisms. Relying on the research achievements accumulated by the Macao research institutes in participation of lunar and deep-space exploration programs, and operation of the State Key Laboratory of Lunar and Planetary Sciences, the project represents the determinations and confidences of the Macao higher institutions and research institutes in integrating into the national innovation forces and the national strategy of empowering the nation with science and technology; it is bound to play an active role in moving forward the construction of Greater Bay Area international science and technology innovation centers. The significance of the project is made even greater in the wake of the 70th anniversary of the founding of the People’s Republic of China before the 20th anniversary of Macao’s return to the motherland.

To enable the general public to share the delight of Macao’s scientific development endeavors, and help raise awareness of the social communities to Macao’s science and technology development, the project team hereby held the Naming of Macao’s First Scientific Satellite Project event to cordially invite the public to submit names for Macao’s First Scientific Satellite. From now onward to the 31st of October, 2019, please visit the website (www.msp2019.org ) of the Macao scientific satellite project to submit your proposed names; you’ll have a chance to win a prize.