On April 1, 2022, both parties formally signed a cooperation framework. The agreement will actively promote cooperative research, create joint research teams and working groups, promote exchanges between researchers and students, organize joint academic activities, jointly promote the compilation of monographs and documents, and promote the exchange of research materials, publications, and other academic information. 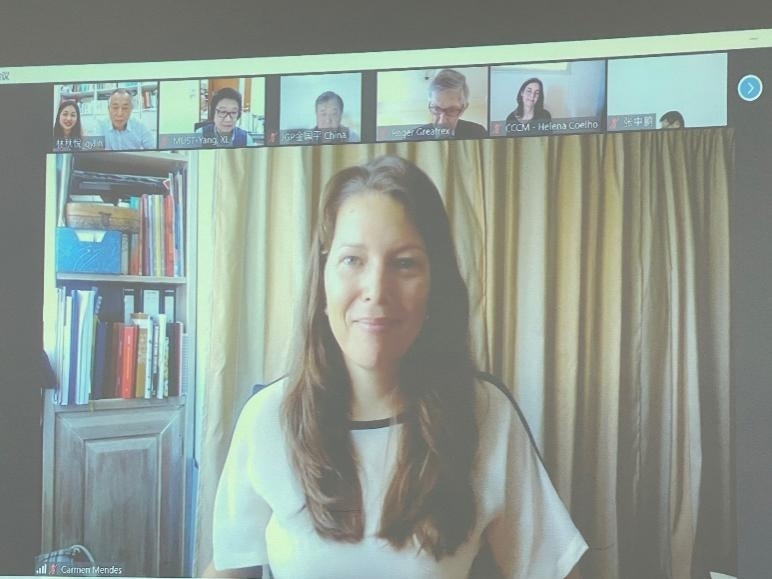 President Mendes said at the meeting that after signing the cooperation framework with the Institute for Social and Cultural Research of Macau University of Science and Technology, she will actively promote the development of Macaology, Sino-Portuguese relations, Sino-European relations, China’s “Belt and Road” initiative, and the development of the Guangdong-Hong Kong-Macao Greater Bay Area. In-depth cooperation is another research field of interest. She believes that the establishment of the "Centre of Macaology" and the "Macaology" journal at M.U.S.T. can provide a good publication platform for scholars engaged in research in the fields of Macao history, culture, economy, and society, and expressed her agreement with the disciplinary philosophy and her willingness to participate in the discipline construction of Macaology, and will strengthen the exchange of literature and personnel between the two sides. 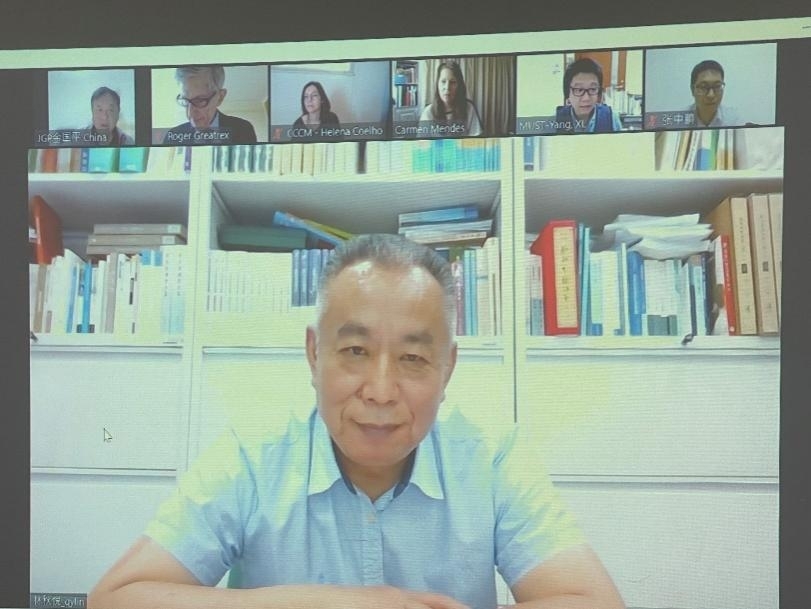 In his speech, Director Lin Guangzhi thanked President Mendes and the Macau Scientific and Cultural Centre for their support for the development of Macaology and welcomed the willingness of the Macau Scientific and Cultural Centre to participate in the construction of the Macaology’s discipline and knowledge system. Since the establishment of the Macao SAR, Portuguese academia have been paying close attention to topics such as Macaology, Sino-Portuguese relations, and Sino-European relations. To carry out in-depth cooperation, promoting the Centre of Macaology of M.U.S.T. will enable it to become a platform for Sino-Portuguese academic exchanges.

The Macau Scientific and Cultural Centre (CCCM), located in Lisbon, Portugal, was established in 1999 and is affiliated with the Portuguese Ministry of Science and Technology. It is not only an institution that studies and teaches Chinese language, culture, and history, but also acts as a bridge for Sino-Portuguese cooperation, and is an important academic platform for Portuguese studies of Macao. There are museums and libraries under the Macau Scientific and Cultural Centre. The museum is the main Chinese art museum in Portugal, with a collection of more than 3,500 Chinese art and costumes; the library in the center is a library dedicated to the teaching and research of Chinese, Macao, East Asia, and Eurasian relations. The library is aimed at university teachers and students, as well as researchers at home and abroad. It is the most comprehensive and modern library in Chinese studies in Portuguese-speaking countries to date.