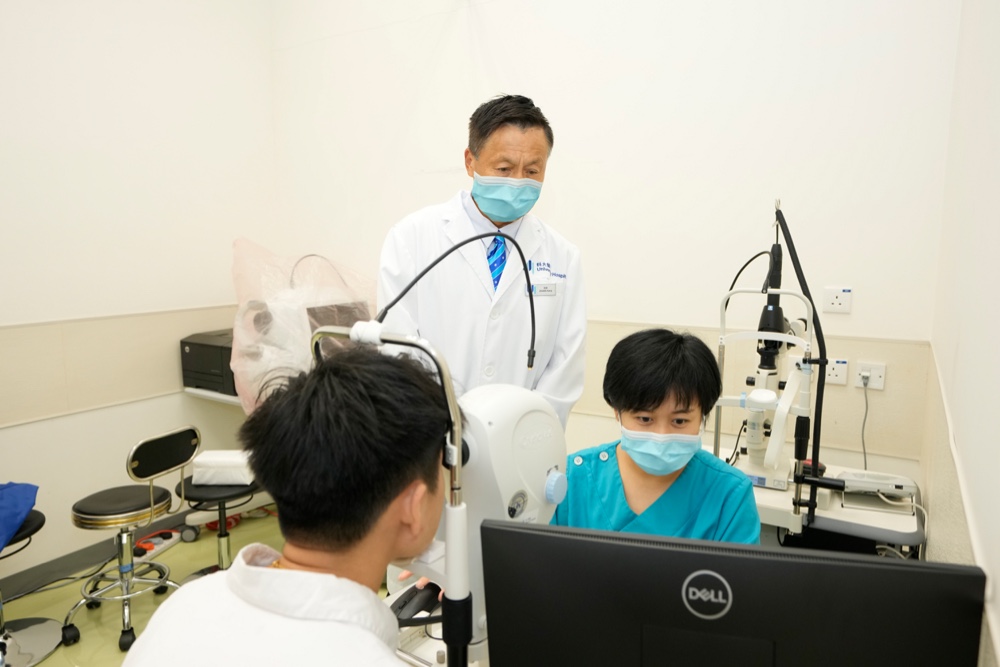 The latest global scientists ranking has been released by the Global Scholars Database on 31st August, with Professor Zhang Kang from the Macau University of Science and Technology (M.U.S.T.) Faculty of Medicine ranked 51st in biology and 62nd in clinical medicine in China. Professor Zhang is also top-ranked in the ophthalmology field.

The ranking is given based on publication quality evaluation using advanced artificial intelligence-based scoring of scholars across all disciplines to generate the top 100,000 scientists. The scoring is based on journal metrics, citation frequency, publication type, authorship ranking, and other indicators. Accumulated scores are used to analyze and highlight the representative publication and innovative achievements of each scholar using mathematical algorithms.

Chair Professor Zhang Kang is the vice dean of the Faculty of Medicine of M.U.S.T. and a consultant ophthalmologist at the University Hospital. He has over 31 years of clinical ophthalmology experience, specializing in clinical diagnosis and treatment of common and complex eye diseases, such as macular degeneration, diabetic retinopathy, and other hereditary eye diseases. Professor Zhang has accumulated substantial expertise in the diagnosis and treatment of fundus diseases and does cutting-edge research in the treatment of eye diseases using stem cells and gene therapy.

Professor Zhang Kang has an MD from Harvard University and Massachusetts Institute of Technology, and a Ph.D. in Genetics from Harvard University. He is the first Chinese ophthalmology resident at Johns Hopkins University Wilma Eye Center. His research expertise spans areas of medical artificial intelligence, ophthalmology, stem cells, biomaterials and 3D printing, genetics, and precision medicine. He has won numerous international accolades such as the Burroughs Wellcome Foundation Clinical Scientist Translational Research Award, Peking University Changjiang Scholar, Best Ophthalmologist in the United States (2010), the world's top 100 most influential ophthalmologists (2016 and 2018), and Interdisciplinary highly cited scholar (2019, 2020, and 2021).

Professor Zhang Kang has published nearly 300 articles in top international journals such as New England Journal of Medicine, Nature, Science, Cell, Nature Genetics, Nature Medicine, Cell Stem Cell, Molecular Cell, Proceedings of the National Academy of Sciences, and Journal of Clinical Investigation, with over 55,000 citations and an H-index of 82. Among some of the major discoveries, Professor Zhang has identified the HTRA1 gene to play a major role in age-related macular degeneration, which was listed as "one of the top ten breakthroughs in 2006" by Science Magazine. His team also successfully differentiated skin stem cells into limbal stem cells for the first time and repaired corneal function, highlighting a novel method in the treatment of corneal diseases (Nature, 2004). He also discovered the role which sterols play in cataracts, opening a new avenue for drug treatment (Nature, 2015). In 2018, he published "Identifying Medical Diagnoses and Treatable Diseases by Image-Based Deep Learning" as a cover paper on Cell, and was rated as the best paper in Cell for that year. Professor Kang Zhang also serves as the co-editor-in-chief of Signal Transduction and Targeted Therapy, Precision Clinical Medicine, and MedComm - Future Medicine.

Chair Professor Zhang Kang of the Faculty of Medicine of M.U.S.T. is one of the top 100,000 scientists in the world and a leading ophthalmologist in China