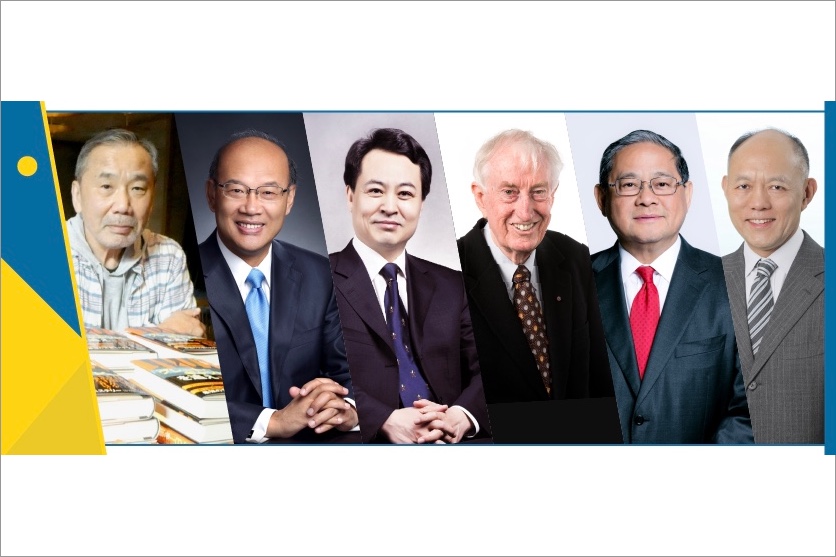 Macau University of Science and Technology is proud to confer 2023 Honorary Doctorate degree upon 6 outstanding individuals in recognition of their outstanding achievements in their respective professions and valuable contributions to the well-being of society. The conferment ceremony will be held during the M.U.S.T. 23rd Anniversary in March, 2023. 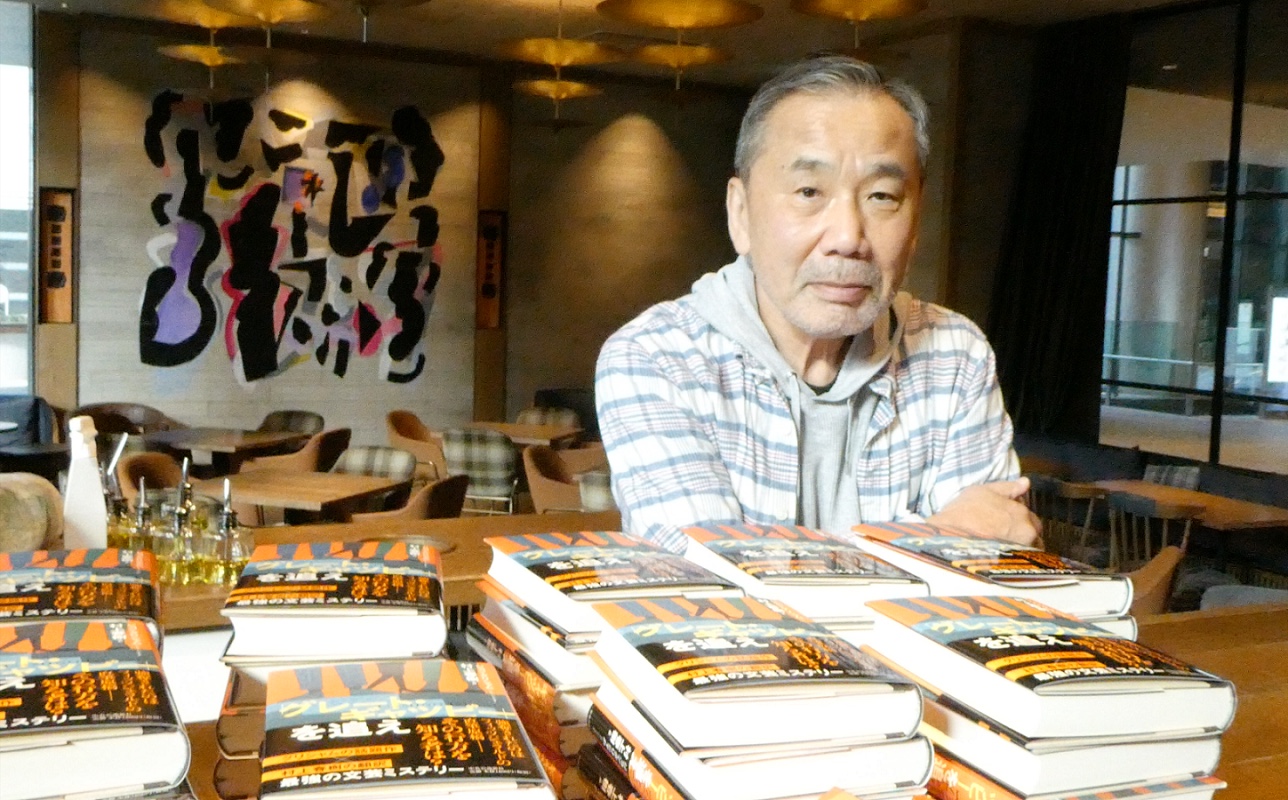 Dr. Haruki Murakami is a well-known contemporary writer and literary translator. Having millions of readers creating the “Murakami phenomenon” throughout the world, he has become an icon of the contemporary culture. In 1979, his fiction debut Hear The Wind Sing won the 23rd Gunzou Literature Prize for budding writers. In 1987, Norwegian Wood broke the silence of the Japanese literary world and became an overnight sensation, leading to the emergence of the “Murakami Phenomenon” and the “Norwegian Wood Phenomenon”. So far, Dr. Haruki Murakami has published 14 full-length novels, more than 80 short stories and over 40 collections of essays and other non-fiction works. His works have been published in more than fifty territories and languages. His representative full-length works include: A Wild Sheep Chase, Norwegian Wood, Kafka on the Shore, Colorless Tsukuru Tazaki and His Years of Pilgrimage, etc. His short story collections include: On a Slow Boat to China, After the Quake, First Person Singular, etc. At the same time, he has published more than 70 translated works, including The Complete Works of Raymond Carver (8 volumes), The Catcher in the Rye and The Great Gatsby. etc.

Dr. Haruki Murakami has won more than 20 awards and honors for his outstanding literary achievements and cultural influence, including: the 21st Tanizaki Award (1985), the 47th the Yomiuri Prize for Literature (1995), the 2nd Kuwabara Takeo Prize (1999), the Franz Kafka Prize (2006), the World Fantasy Award (2006), Ireland's 2nd Frank O'Connor International Short Story Award (2006), the Jerusalem Prize (2009), Spain’s Catalonia International Prize (2011), the Hans Christian Andersen Literature Award (2016), the Order of Arts and Letters awarded by the French Ministry of Culture (2018), and France’s Prix Mondial Cino Del Duca (2022), etc. Among Haruki Murakami's works, many of them have been successfully adapted into films by famous directors, including Hear The Wind Sing, Tony Takitani, After the Quake, Norwegian Wood, Barn Burning, and Drive My Car, etc. These films have formed a unique Murakami style and generated far-reaching cultural influence. In particular, Drive My Car has won a number of international film awards including the 94th Academy Awards for the Best International Feature Film, the Golden Globe Award and awards from the Cannes Film Festival, etc. 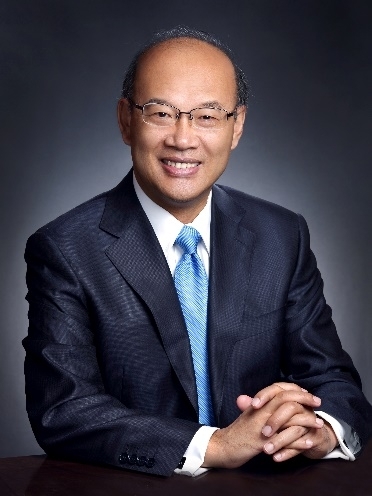 Professor Wang’s main research interest lies in the full quantum effects of condensed matter physics. He and his collaborators co-developed the first principle full-quantum simulation technique, which is beyond Born–Oppenheimer approximation, and hyper spatial resolution in-situ structural representation and probe microscope measurement techniques. He studied the controlled synthesis and physical properties of light-element nanomaterials, the bonding structures and phase transition of hydrogen bond for fluid water and solid water at atomic scale, and other cutting-edge physics problems. He has published over 360 papers in international journals, 56 of his papers have an individual other-citation number that is greater than 100 times, 2 academic monographs, and has been granted over 30 national invention patents. He has been invited to guest speak at prominent international academic conferences, including the American Physics Society annual conferences and the European Psi-k conference, etc. He is currently the chief editor of Science Bulletin in China and the executive chief editor of the American AIP Advances and has received multiple prominent awards and honors, including The World Academy of Sciences Award in Physics, the Germany Humboldt Research Award and the Zhou Pei-Yuan Physics Award, etc. 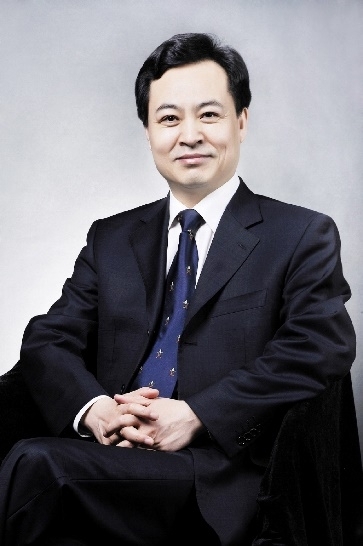 Professor Zhao was the Deputy Director and then Director of the Basic Surgeries Unit of Peking Union Medical College Hospital, Deputy Director, Vice Dean and Dean of the Surgery Department, Deputy Director and Concurrently Leader of the Experts’ Group of Central Health Committee, Vice Chairman of the 9th China Association for Science and Technology, Vice President, and Standing Vice President of the Chinese Medical Association. He is also the Vice Chairman of the International Gastrointestinal and Hepatobiliary Surgery Association, and Chairman of the 16th Asian Surgical Association and the alternate member of the 18th and 19th Central Committee of the Communist Party of China (CPC). Professor Zhao has received many awards, including two times 2nd Place of the National Science and Technology Progress Award, 1st Prize of Chinese Medical Science and Technology Progress Award, The Ho Leung Ho Lee Foundation Science and Technology Progress Award, etc. The Pancreatology journal, which he serves as Chief Editor, has been selected by the National Press and Publication Administration to be a “Three 100s” original book publication project and was awarded Zhou Guangzhao Clinical Physician Award and Chinese Physician Award and National Labor Medal, etc. 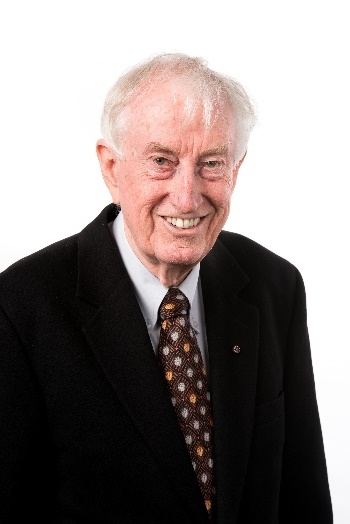 Professor Peter Doherty is an Australian immunologist and pathologist who received the Nobel Prize for Physiology or Medicine in 1996 with Rolf Zinkernagel of Switzerland for their discovery of how the body’s immune system distinguishes virus-infected cells from normal cells. After leading a research group at the Wistar Institute, Philadelphia, and teaching at the University of Pennsylvania (1975–1982), Professor Doherty headed the department of experimental pathology at the John Curtin School of Medical Research in Canberra(1982-1988) and served as chairman of the department of immunology at St. Jude Children’s Research Hospital in Memphis, Tennessee (1988 -2001). At present, he is still the Michael F Tamer Chair of Biomedical Research. In 2002, he joined the faculty of medicine at the University of Melbourne, and starting from 2014, he has been working at the Peter Doherty Institute for Infection and Immunity, a joint venture between the university and the Royal Melbourne Hospital. He is the author of many books, including The Beginner’s Guide to Winning the Nobel Prize: A Life in Science (2005), Sentinel Chickens: What Birds Tell Us About Our Health and the World (2012) The Knowledge Wars (2015), The Incidental Tourist (2018), An Insider’s Plague Year (2021) and Empire, War, Tennis and Me (2022). 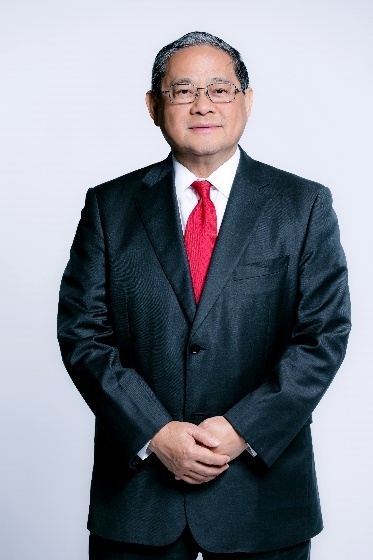 Dr. Victor K. Fung is the Group Chairman of the Fung Group, a Hong Kong-based multinational group which comprises major operating groups engaging in trading, logistics, distribution and retailing, including privately held Li & Fung Limited and publicly listed Convenience Retail Asia Limited. He played a leading role in driving the development of the supply chain infrastructure at Li & Fung Limited, which has enabled the company to become the leading consumer goods design, development, sourcing, and logistics for major retailers and brands around the world. He is the Chairman of the Asia Global Institute at the University of Hong Kong, a multi-disciplinary think-tank co-established with the Fung Global Institute to assume and carry forward the Fung Global Institute’s mission to generate and disseminate research and ideas on global issues from Asian perspectives. He is also the Chairman of the 2022 Foundation and Chairman of the Victor and William Fung Foundation. 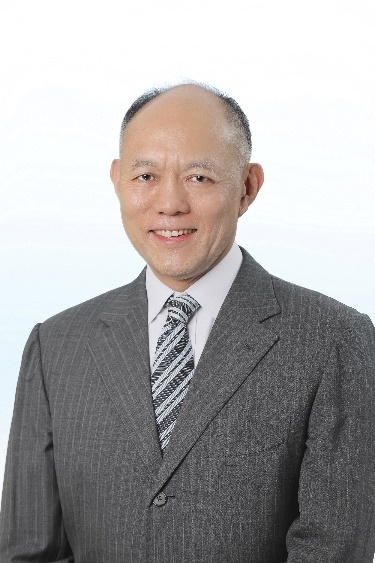 Dr. Ian Fok Chun-wan, Silver Bauhinia Star (SBS) recipient, Justice of the Peace (JP), Deputy of the 11th, 12th & 13th National People’s Congress of the PRC, CEO of Fok Ying Tung Group, Director of Fok Ying Tung Foundation Limited, Chairman of the Council of Fok Ying Tung Education Foundation, Director of Fok Ying Tung Sports Foundation, Chairman of Board of Trustees , Fundação Henry Fok Foundation and Chairman of STDM - Sociedade de Turismo e Diversões de Macau, S.A.. He graduated from the University of British Columbia with Bachelor of Science and Master of Business Administration. He is currently the main person in charge of the Fok Ying Tung Group. The Group business covers a wide range of areas in Hong Kong, Macao and Mainland China, from real-estate development to logistics, etc. He was appointed as the Standing Committee Member of the CPPCC Guangzhou Committee in 1983, and served as the Standing Committee Member of the CPPCC Guandong Committee, Advisor on Hong Kong affairs, and Deputy of the 11th, 12th and 13th National People’s Congress of the People’s Republic of China. He was the President of The Chinese General Chamber of Commerce in Hong Kong and Vice Chairman of the All-China Federation of Industry and Commerce.

In early 1980s, as the director of the Youth Committee of The Chinese General Chamber of Commerce, Dr. Fok actively led the committee members to exchange views and strengthen ties with the youth associations in the Mainland. In 1987, he became Member of the Standing Committee of the All-China Youth Federation and later served as its Vice Chairman from 1990 to 2000. In 1992, he co-founded the Hong Kong United Youth Association and served as the founding Chairman. He participated in the establishment of Hong Kong Pei Hua Education Foundation in 1982 and overseeing the Fok Ying Tung Education Foundation, etc. He also partnered with the United Front Work Department of CPC Committee, the Ministry of Education, and the State Administration of Foreign Experts Affairs to provide support and training for ethnic minorities, young teachers at tertiary institutes, and civil servants. Furthermore, he served as the Deputy Chairman of the 8th Board of Directors of Guangzhou Jinan University, a Member of the Advisory Board of Sun Yat-Sen University, committed to cultivating talents for the country and accomplishing the goal of rejuvenating the country through science and technology.

Dr. Fok is the Vice Chairman of Wushu Federation of Asia and International Wushu Federation. In 1987, he founded the Hong Kong Wushu Union and is still serving as its President in present. He was a founder of the Wushu Federation of Asia and he has successfully strove Wushu as a competing sport at the 1990 Asian Games in Beijing. In 2022, he initiated the establishment of the Guangdong-Hong Kong-Macao Greater Bay Area Wushu Alliance and served as Chairman of its Advising Committee. Over the past decades, he supported the country's reform, regional welfare and charity projects across Mainland, Hong Kong and Macao through different charitable organizations founded by his father, Dr. Henry Fok Ying-tung. Since 2003, he has been serving as the Vice Chairman of the China Overseas Friendship Association. In 2010, he founded Hong Kong GuangFoZhao Fraternity Association Limited and served as its President. In 2015, he established the Hong Kong Federation of Guangzhou Association and became its President, aiming to support the principles of “One Country, Two Systems”,“Hong Kong People Administrating Hong Kong” and uphold the Hong Kong Basic Law. Furthermore, he has been playing an active role in driving the industrial and commercial development of Macao, promote Macao’s social welfare causes and provide great support to the Faculty of Medicine of Macau University of Science and Technology and Kiang Wu Hospital, etc. Dr. Fok is also the Vice Chairman of the 11th Committee of The All-China Federation of Industry and Commerce, Vice Chairman of China Overseas Friendship Association, Councilor of China Council for the Promotion of Peaceful National Reunification, Governor and Chairman of Standing Committee of Hong Kong Pei Hua Education Foundation, Honorary Court Member of The Hong Kong University of Science & Technology, Member of the University Assembly of University of Macau. He has been awarded the Friendship Award from the State Council of People’s Republic of China, Top 10 Philanthropist of Guangzhou City and “Top 10Outstanding People” of Cantonese in the World, etc.