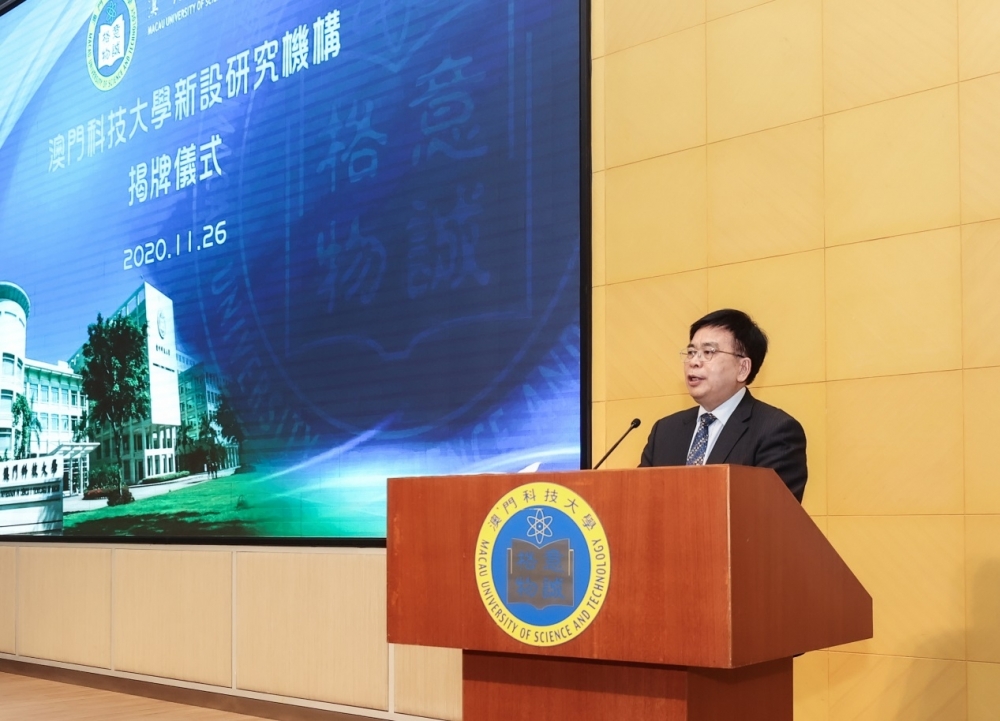 President Liu Liang noted that M.U.S.T. has been positioning itself to seize development opportunities of the current times, establishing labs or research centres to further the development in such fields as the internet, artificial intelligence, innovative Chinese medicine, humanities, and social sciences, in response to the national “One Belt One Road” strategic initiative, and support of the promotion and implementation of the “Outline of Guangdong-Hong Kong-Macao Greater Bay Area Development Plan”. It is hoped that by establishing advanced platforms of knowledge and technology, M.U.S.T. will consolidate and enhance its research foundation and take this advantage to build a resource pool of both talents and knowledge, so as to inject new momentum into the sustainable development for the country and the Greater Bay Area by providing strong intellectual support. 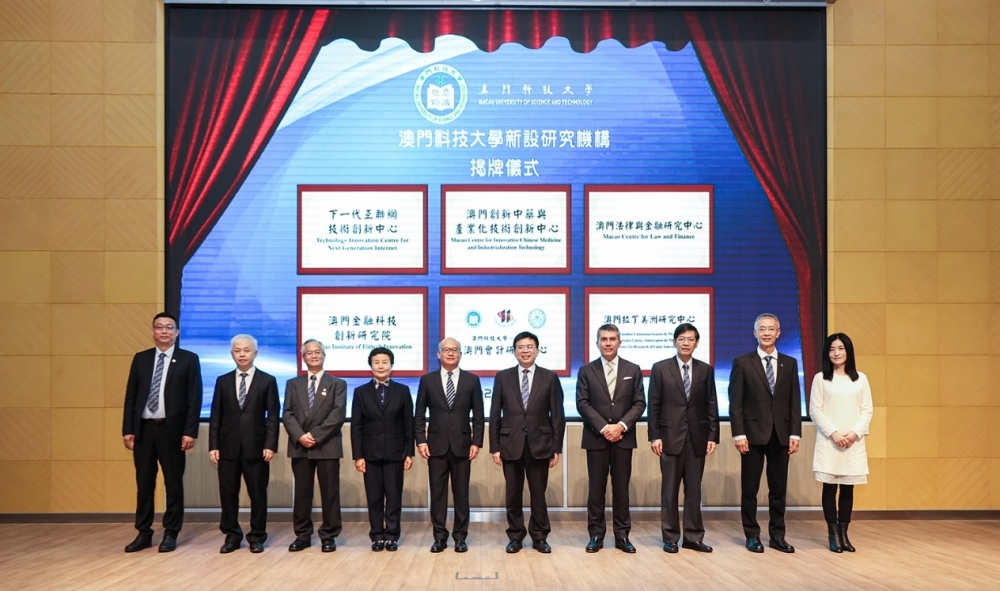 Technology Innovation Centre for Next Generation Internet will be based on the International Institute of the Next Generation Internet, featured by “Advanced Networks” and “Artificial Intelligence” doctoral programs, aiming at academic research, talent cultivation, international cooperation, and industrial services, and built into a reputable technological innovation centre in the Greater Bay Area, and even at home and abroad.

Macao Centre for Innovative Chinese Medicine and Industrialization Technology is established because the “Outline of Guangdong-Hong Kong-Macao Greater Bay Area Development Plan” has positioned the technological industrialization of Chinese medicine as a major innovation carrier for the cooperation within the Greater Bay Area and between Guangdong-Macao regions. As a pillar industry in Macao to promote diversified economic development, the Chinese medicine industry has become an important measure in the first five-year plan of the Macao S.A.R Government and in the construction of the National “One Belt One Road” initiative. Traditional Chinese Medicine treatment has revealed its unique advantages in this fight against the COVID-19 pandemic. For this reason, the university has combined the strengths of various well-established medical systems such as the State Key Laboratory of Quality Research in Chinese Medicines, Faculty of Traditional Chinese Medicine, Faculty of Pharmacy, Faculty of Medicine, and the University Hospital to form the Macao Centre for Innovative Chinese Medicine and Industrialization Technology.

Macao Institute of FinTech Innovation consists of The Macau Blockchain Application Research Institute, the FinTech Innovation Center, Macau Research Center for Finance Innovation Research, and Macao Center for Legal and Financial Research. It is established to strengthen the theoretical research and application research of financial technology, promote the rapid and healthy development of the characteristic financial industry, and facilitate the appropriate diversification of the Macao economy and the construction of the Greater Bay Area.

Macao Centre for Accounting Studies is an overseas partner base of the Center for Accounting Studies of Xiamen University, the key research base of the Ministry of Education’s Humanities and Social Sciences. Both universities have agreed to form this partnership and it has been filed with the Ministry of Education. The two parties will work together closely to build this centre, integrate and make full use of the teaching and research resources, further the development of accounting theories and practice, and promote the academic cooperation among the Chinese Mainland, Hong Kong, Macao and Taiwan and overseas regions in the field of accounting and other related fields.

Macao Centre for Law and Finance will rely on teachers from the Faculty of Law, aim to build an international high-level research base and high-end think tank with Macau characteristics, focus on legal and interdisciplinary research on law and finance, serve the development of characteristic financial plan in Macao, and the overall construction of the Guangdong-Hong Kong-Macao Greater Bay Area and the national financial and legal system, facilitate the teaching of the master programs in financial crime and regulation, in International Economic and Commercial Law, and in civil and commercial law as well as related doctoral programs, and promote the cultivation of local and cross-domain legal and financial talents.