Institute for Social and Cultural Research of MUST organized
2015 International Symposium on “BRICS-II : Institutionalization & Macau” 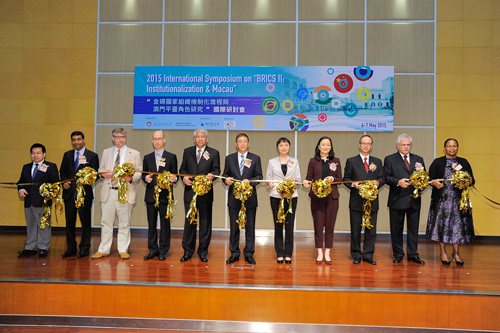 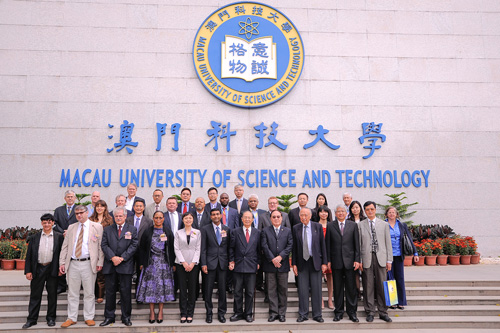 BRICS, an international organization of five major emerging economies, namely, Brazil, Russia, India, China and South Africa, is witnessing rising prominence on world stage after the first decade of the 21st century. How it can be constructed has become a new focus of political and economic study. It is of great theoretical and policy-making value for the BRICS members to strengthen their co-operation by institutionalization, and thus to raise their global status.

2015 International Symposium on “BRICS-II : Institutionalization & Macau”organized by Institute for Social and Cultural Research is held on May 6-7. The conference invites scholars and analysts from all BRICS nations, the themes are how best to strategize, structure, and implement BRICS institutionalization paralleling with concrete initiatives taken in Macau.

The conference is sponsored by Macau Foundation, and supported by Macau Association for the Promotion of Exchange between Asia-Pacific and Latin America (MAPEAL).

Institute for Social and Cultural Research of MUST organized 2015 International Symposium on “BRICS-II : Institutionalization & Macau”